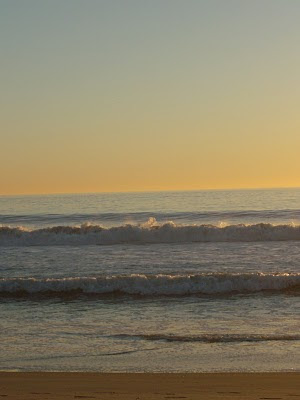 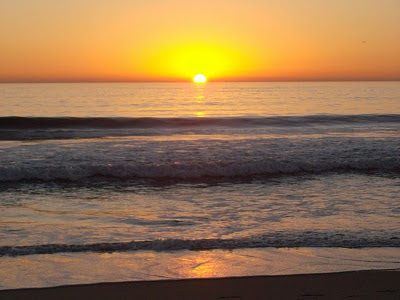 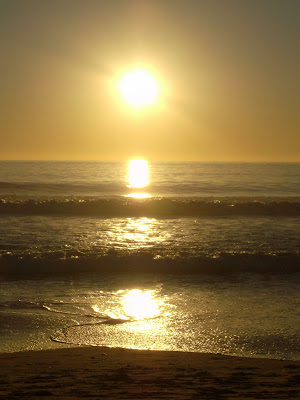 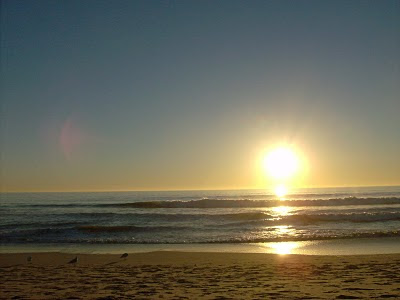 At 24 hour coffeehouse in Santa Monica tonight; today, late morning to sundown, was spent on Venice Beach. Waves washed mind’s musings and channeled chaff away for a while. Seems the noisy spirits went down to play in the surf for a few, then returned to their improper station, pokin’ my brain and tryin’ to make me insane, goddamn little fuckers. Nice don’t cover the sunset’s extraordinary show. Blues beyond azure and reds neon as the lights on Sunset Boulevard (not that I’ve been on Sunset Blvd after dark, but prob’ly seen on TV). I must say, perhaps the most extraordinary sunset I’ve seen o’er the ocean. Culminations of crazy yoga manifesting beautiful scenes, though the fire I’ve worked up and through to see such sunsets . . . the absurdities to muck through to gain such blessed visions been taxing no doubt. Meditation to the crash of waves is a nice respite from the mad and crazy dance and lila seems mostly unspoken whilst manifesting nigh ubiquitously, least when I’m in the public scene and observing. A figure passes or sits near reminds of a friend or lover or other from elsewhere, and even plays out corresponding scenarios or speaks telling indices in the course of dialogue overheard. An energetic arrayal or exchange or other motion passes before my mind’s eye, and perhaps as I respond, people pass by in synchrony to the movements seen, figures considered or conditions represented in my thoughts; a dance inside and out of me, relationship and transformations manifesting, and in concert and consort with Her, as She’s always workin’ in and behind the scenes, playing and blessing and healing. 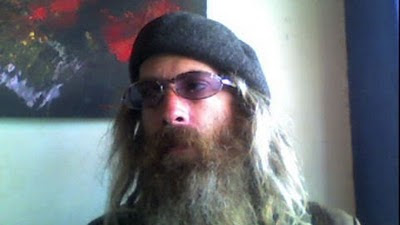 Posted by Jeffrey Charles Archer at 1:33 PM No comments: Links to this post

So I took a little trip up to Taos over the holidays. Seein' as how the publishers, literary agents, and dinosaur bone dealers are either on hiatus or too busy sellin' to be buyin', I thought I'd take the chance to visit the Hanuman Temple and spend some time at Stagecoach Hot Springs soaking in the steaming flow on the banks of the Rio Grande's rather chillier waters. Seemed like a good idea, as the weather forecast before I left Santa Fe called for naught but balmy 40's and 50's during the day, and still double digit Fahrenheit at night.

Stayed in the dharmasala at the Hanuman Temple/Neem Karoli Baba Ashram one night after a pleasant round of chantin' for the twice-daily aarti ceremony, and awoke early to attend another sesh in the a.m. led by a young bearded Afghani convert (hope nobodies issued a fatwa on him for his devotions). This sacred space is a wonderful mix of Hindu ritual and hippie culture, holding space for the faithful in the high country of the New Mexico mountains. Affiliated with Ram Das, author of Be Here Now and former Harvard psychology professor (then known as Richard Alpert--yeah, the dude the character on Lost was named after) who co-taught with Timothy Leary during the licit and officially sanctioned LSD experiments there, this ashram's guru use to do the multiplying food trick (yeah, just like Jesus wit' the loaves and fishes, yo!) when devotees would bring him an orange or some such, then hand out oranges to others all day. Though not my guru, Neem Karoli's alright in my book, and I definitely appreciated the hospitality on a snowy night in Taos. 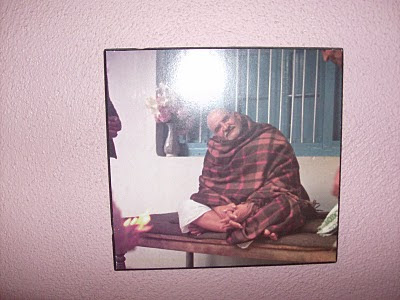 After a few days in Taos, I caught a ride down Tune Road to the parking lot at the rim of the Gorge with a pair of travellers I met at Caffe Tazza, then hiked the trail into the depths of the chasm. Stagecoach Hot Springs is one of the gems of the Taos area, bubbling up just above the banks of the Rio Grande. Featured in the hippie cult classic "Easy Rider," the hot springs was at one time a crossing for stagecoaches, long before the breathtaking Gorge Bridge was built [as an aside, a former girlfriend o' mine and her brother got struck by lightning on said bridge one time. Lesson: don't touch metal railings in a thunderstorm on such a structure]. The ruins of the inn still stand in places, granting an interesting ambiance to a soak in said steaming geothermal pools adjacent to the bone-chilling flow, though the walled-in pool shown in "Easy Rider" is no longer full, and the current soaking pools are little more than rocks arranged to divide the hot water and the cold rushing by in the riverbed. 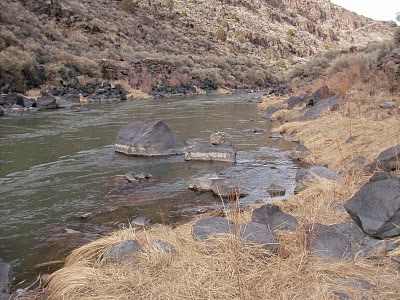 I set up my camp a bit downriver from the springs, converting my bedroll into a semblance of a tent, a shelter that served just fine for the snow, though fell rather short during the sub-zero cold which followed. Guess forecasting the weather's still a far from exact science. 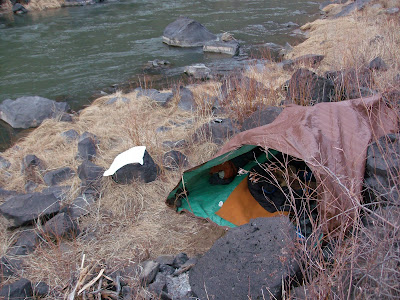 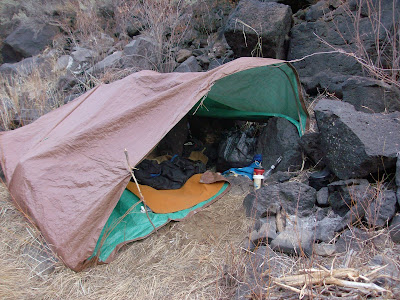 Though I've a pretty toasty down-filled sleeping bag, a Walmart mummy bag I gutted and refilled with the stuffing of old coats, seems I coulda gone for another thriftstore parka-full as the temperature dipped to double digit sub-zero frigidness. Even with layers of my clothing pulled out of my frame-pack and strewn across my mummy-bag encapsulated form, concern for frostbite forced me to cup my toes in hands at moments to warm said extremities and get the circulation goin'. My soaks the following days in the earth-warmed waters took on new meaning, to say the least.

After three or four nights in these nigh unbearable conditions, as the sun shone warm one afternoon I broke camp, then made it out of the Gorge just in time to catch the last beams of the setting sun. As all the other hot springs soakers had already departed, I had to hike to the highway, and then as far as a little RV park and convenience store a few miles yet from Taos, where I squatted on the front porch, too exhausted and fatigued to continue. Next morning I caught a ride the rest of the way into town, and I don't think I've ever been happier to return to so-called civilization from a beautiful place in nature--let alone from a geothermal hot spring!! Coldest camping I've ever known, and I'm from Wyoming, even!!!!

If you do get the chance to visit Taos, do consider checking out this natural wonder, just don't count on the extended forecast . . .
Posted by Jeffrey Charles Archer at 5:55 PM No comments: Links to this post