Dimensions of the Divine as a Lover . . . 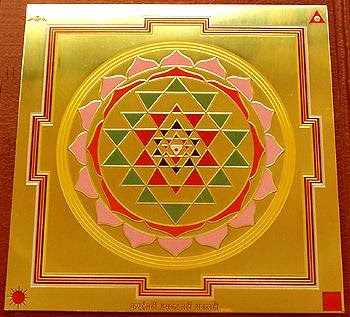 In the fluctuating reality I have been experiencing of late, things destroyed by fire seemingly miraculously restored (see post entitled, "I Now Have Confirmation: This Isn't the Same Laramie I Left Behind (or somebody's playing tricks on me . . .)" and so forth, I have yet to discern if I am still in that dimension wherein Devi or some other benevolent deity is merely "working with me"/doing karma-yoga with me/etc. serving as explanation enough for dissettling anomalies, and not displaced to some new or old place in time-space wherein other storylines are presuming to supercede the story of the eternal romance of my Self and the divine feminine, however She might incarnate or manifest in and through illusion/maya/Maya in my life, that for most my years on the road has sustained my soul.

DOn't mistake a presumption in the previous, as the understanding of a relationship between practitioner and the divine even physically embodied as a lover is not uncommonly reported (and is sometimes a central theme) throughout world religions. From the Judeo-Christian-Islamic traditions there are many accounts of the meeting of human and divine described very sexually (Song of Solomon, church as "bride of Christ," Catholic nuns reporting being entered by the spirit of God underneath layered habits and between otherwise chaste thighs, the "beloved" lauded in Rumi and Gibran and some Muslim notions of heaven), to the more ancient expression of the three divine couples of the Hindu Trimurti, tantra and so forth to fertility cults throughout the globe, it grows obvious that love and romance and various expressions of sexually expressed devotion are central to most mythological paradigms.

The patriarchal religion I'd known previous to on the road explorations and renunciation, and the rather droll and repressed reality that seemed to accompany said system, were an influence and a reality I had assumed largely dispelled from my life, or transformed and properly reordered. I believed myself liberated to a mode of existence wherein the eternal romance of Deva-Devi was manifest in and through life lived, and the playful lila of Siva and Parvati, Radha-Krishna, etc., influenced, and informed and infiltrated my personal life stories (and other's life stories, too).

In discerning and verifying out-of-place objects and other aberrations and anomalies upon my return to Laramie after three-years-gone, I have to wonder if some of the operative assumptions I've made of my relationship to my surroundings previous to these "changes" (inexplicably altered doorframes and seeming deaths and other indices of space-time shifts) still apply as they did previously.

I've no doubt that Devi is present somehow and somewhere, as I am certain the good Self (अत्मन् atman) yet resides in my form, but after such displacement and disorientation as I've yet to adjust to, one year "back in town" after three-years on the road, I'm less certain of where I stand with my eternal Beloved. Signs are uncertain and confused where they were once rather readily read, and indications are something's more than a tad out of place in the place I've mostly called home for most of this life.

A plea I've made on occasion: Oh, for an interdimensional GPS or a chart or charts of all facets of reality that might be traveled, and not merely the two-dimensional representations of overt geographies you can buy at a bookstore or look at online. Rather, a mode of locating subtle positioning, and through which one might find the portals and keys and Shangri Las hidden throughout the globe and amongst the world's many layers. Perhaps some sort of hand-held instrument designed to locate the positions of lost friends or lost loves or to find wherever it might be "home" has been moved to . . .

If any of you have access to such an instrument or set of maps, please leave a comment below . . .
Posted by Jeffrey Charles Archer at 5:31 PM No comments:

Now, the teachings of yoga.

Yoga is to still the patterning of consciousness [or "alteration of patterns of sense vibration"].

Then, pure awareness can abide in its very nature.
Posted by Jeffrey Charles Archer at 7:10 PM No comments:

Which Came First: the Mountain or the ॐ?

This is a mountain in the Himalayas called ॐ पर्वत् (AUM Parvat) . . . 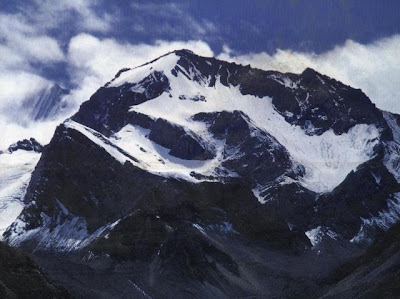 The obvious question that must be asked, at least by a mad social scientist like me: is this a megalithic petroglyph ?!  Did a king (or maybe giants) have this sacred symbol carved on the side of this mountain, the combination of the Devanagari letters AUM, by ordering the removal of who know how many million tons of rock from the slope of this massive high altitude peak?!  Else perhaps an ascetic was inspired by the shape of the snowfields on this mountain, and developed (had revealed to him/her?) the Devanagari script.  One or the other must be true, no?!  This mountain is on the pilgrim path (yatra) to Mount Kailash, and so the ॐ  taking up the side of such a massive mountain on this ancient sacred pathway CANNOT BE COINCIDENCE !!  Maybe Shiva Himself or Ma Prithvi Devi or Vishnu put the ॐ  there?!  What could possibly be the explanation for the ॐ  of  ॐ Parvat ?!  Feel free to enlighten me if you know the answer . . .
Posted by Jeffrey Charles Archer at 7:41 PM No comments:

Whilst endeavoring to keep myself busy whilst I wandered the eastern United States I came up with a design for an amphibious sailboat, at home on both highways and the high seas. Here's what I came up with . . . 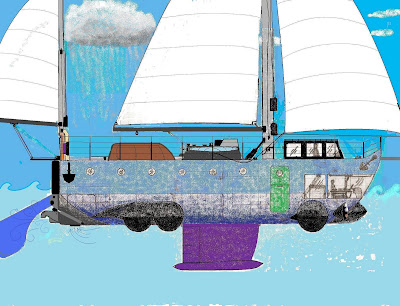 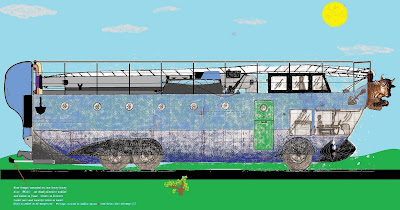 With any luck I'll have it built within a few years . . .
Posted by Jeffrey Charles Archer at 9:15 PM 1 comment:

Reading the Map Like Constellations: The Trishul I Live Amidst . . . 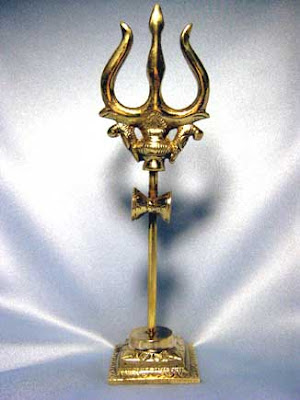 What is the meaning of the trishul, and the figure holding said made of mountains trishul ("trident" is the familiar English term for said ancient weapon of God), outlined on these maps?

You can double-click on an image for a closer view. 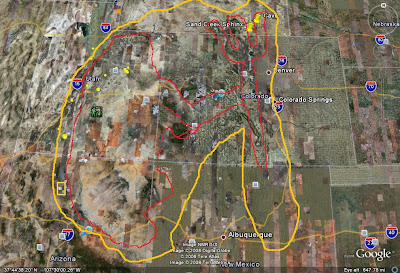 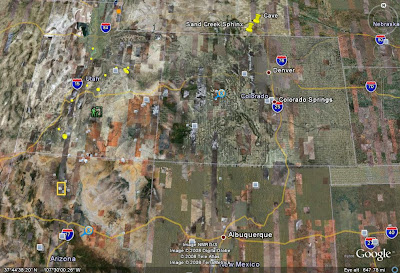 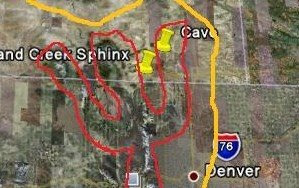 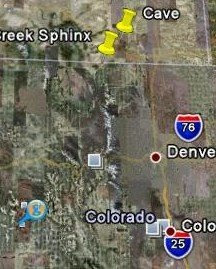 I had a sense that the three mountain ranges that extend from Colorado into southeast Wyoming formed something of a trishul, though I had no idea how accurate a presentation of this symbol of the presence of Mahadeva, Siva, Hara, Shankara, Great God was formed millions and millions of years ago by processes geologic and Divine. I did not imagine that this trishul even has a danda (staff), which is the Front Range of Colorado. 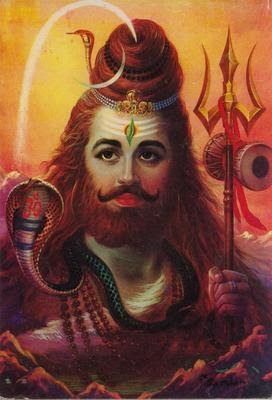 The satellite photos above shows rather clearly that I was not mistaken about the trishul, sign of the presence of Siva, formed by the Laramie, Snowy, and Sierra Madre Ranges, with the Front Range as the danda. I did not conceive of the figure holding this auspicious weapon until I looked at the trishul via satellite photos. If this is not proof enough of the truth of the Divine, writ large through the landscape and manifest long before humans were (at least supposed to) exist on this planet and supposed to be making up myths about Gods with Divine Weapons, then I s'pose death and a visit with Yama may be what's required for the skeptics amongst . . .


http://western-hindu.org/2009/10/14/shaivite-hindu-symbols-the-trishula/
Posted by Jeffrey Charles Archer at 11:54 PM No comments: