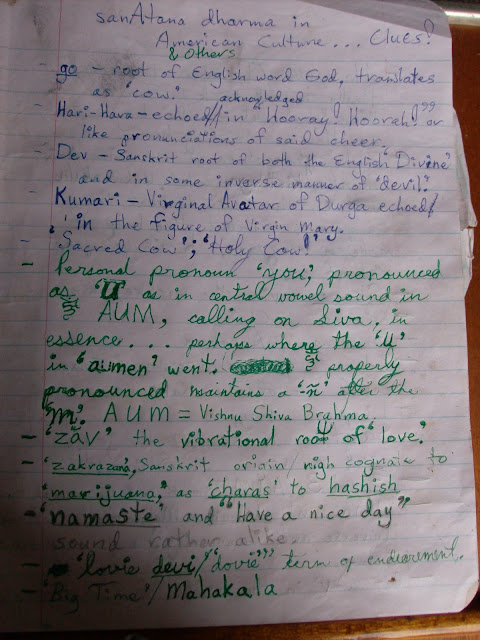 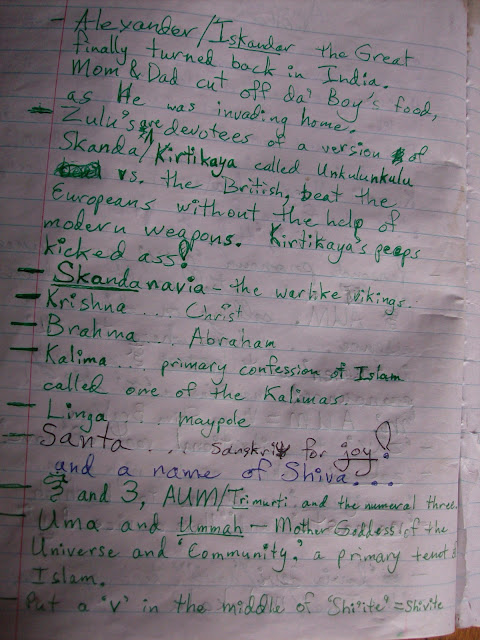 Posted by Jeffrey Charles Archer at 3:23 PM No comments:

Life is wild when the mythic becomes your everyday, when the people you meet on the bus or encounter in line at the coffeehouse or DMV are revealed as embodiments of Gods and Goddesses and of brahman Universal Divine, each one, as is your true Self shown to be . . .


Posted by Jeffrey Charles Archer at 12:25 PM No comments:

In certain devotional spaces in India and other parts of Asia devotees light incense and smoke charas (hashish) in devotion to Mahadeva, Great God.  In hippie circles in the forest or desert or mountaintops high, living rooms or rooftops, hippies and other sorts light incense and smoke marijuana ("zakrazana" according to the Cologne Online Digital Sanskrit Lexicon) or hash--the incense as oft burned with intention of averting attention of "authorities" as for devotional or spiritual ends.  I would nonetheless contend that those modern American countercultural scenes--or at least scenes of dissent--are more akin to sessions of sadhus cirleing to smoke chillums than by mere susurface sheen.

Indeed throughout the discourse of American culture 'tis clear are writ subtle and sometimes quite overt correlations to the worlds most abiding religious tradition, woven in a way betray more than traces of a well p;otted poeti maintianing strands of connection between India and America.

Hari-Hara, Vishnu and Shiva in One Body, sharing split sides of the same form. 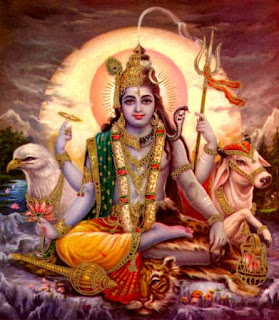 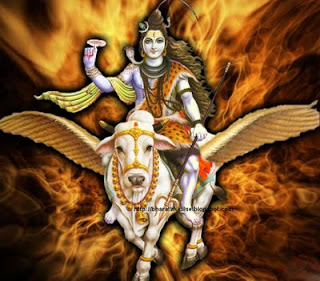 ﻿
As noted above, the word marijuana sounds oddly like zakrazana, the Sanskrit word for the same psychotropic plant.

I must wonder precisely how such similarities manifest, whether transmitted or emanated or simply by dispersion of culture via movements of peoples and trade exchanges.  I more than tend to believe that these too similar to be mere coincidence  nigh linguistic or cultural cognates manifest means minds of people in different parts of the globe must be connected, that the stories are intertwined throughout the whole of all countries and language and culture and religion.

Even might be said there are trans-cultural dharmic didactic modes writ into the fabric of everything from pop culture to seeming colloquial sayings to any number of other facets of institutions of culture, dharma writ into every corner of life lived, analogies and reminders of the root or "parent" religio-cultural discourse and milieu to be discovered in the most unlikely facets of the melting pot that is American.  Even in a society that generally denies or ignores the fact its own language largely derives from a tongue still utilized in the ancient temples of India, sanAtana dharma is writ even in everyday life in the modern USA--and I would contend virtually every corner of the globe.  A Divine Scripture thus writ in and between the lines of the seeming mundane.

Always 'tis I've them and Her on my mind,
in my thoughts and my musings.
Women I've known as lovers,
friends, acquintances and
beloveds and Beloved,
their essences inprinted on my senses,
their auras and subtle energies and overt
permeate my practice,
contemplations and play,
and inform my devotions to
Her Universal, Devi.

In the gaze of lovely eyes
meet mine on the streets or between the sheets,
I see sometimes Her looking at me, sometimes.
I do believe each woman doth express
at her best,
the Goddess of the Universe,
Kali, Parvati, Tridevi,
Ganga Mother of rivers' flow,
Shakti Primordial peaking through
the women of this world
in their daily to do,
and shown in the weave
of romance and relationship.
Posted by Jeffrey Charles Archer at 5:19 PM No comments:

Wishing all you and the world a Happy Shivaratri 2012 !!!!!!  May Siva Shanti and the Blessings of Mahadeva and Mahadevi bless you all and bring Divine Peace and Blessings on all the world !!!!!! 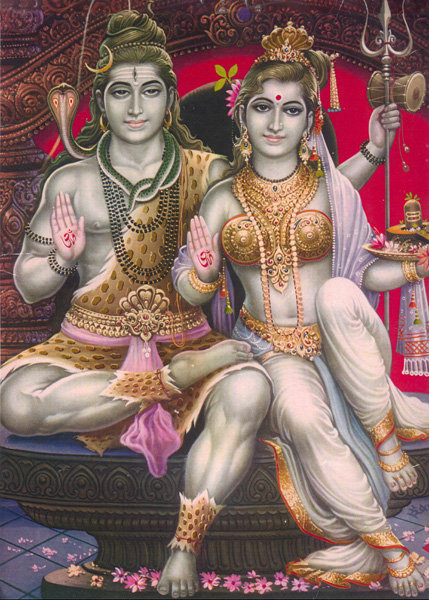 Posted by Jeffrey Charles Archer at 6:29 PM No comments:

Quite a contrast to the quiet of the wilderness--
or at least to ears unable to discern
the speak of birds and wind and babbling brooks,
as they too sometimes play these games,
and are involved in the dramas, lila and mystery
so sometimes surreptitiously woven into words.

The dance between tongues through history
leaves traces and clues
not merely of this peoples' dealings with that,
but also of tales of Gods and Goddesses,
grand romances and sublime secrets
and even the true emotive workings
of the Universal Divine.

Oh, and perhaps I ought to note:
words' subtleties can of course
be conveyance of subterfuge,
and might cast spells less than
Divine, empowering or enlightening.

Yet even those schemes cannot but reveal
the Universal Good Truth
they themselves seem to seek to shroud . . .
brahman.
.
Posted by Jeffrey Charles Archer at 5:28 PM 1 comment: 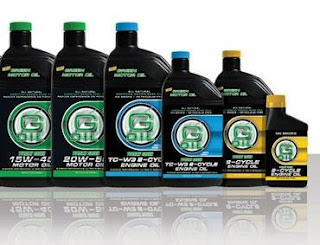 Been running Green Earth Technologies "ultimate biodegradability" outboard motor oil in my Yamaha 9.9 and it's running fine, and in fact better than with the conventional oil (which was only moderately dirty).  This company's motor oil is available for most automobiles too, so you can be that much more kind to the earth we share.  There is also transmission fluid and hydraulic fluid available that is vegetable-based and biodegradable/minimally impactive.
LETS GO GREEN !!!!!!!!!!!!!!!!
Posted by Jeffrey Charles Archer at 10:01 PM No comments:

Glimpse of the Great Drama of these past few thousand years with a view to unraveling the relationships of the three most prominent "Western" religions and their relationship to what has become known as "hinduism" though is more properly known as sanAtana dharma . . .

So as I have amply noted elsewhere (see "Hidden Origins of the West" and "Maybe Columbus Found India After All: Traces of India Amongst American 'Indians'"), the Hindu Trimurti is from whence cometh the three most prominent so called “Western” religions, Judaism, Christianity and Islam (as well as most world religions in fact).  Abraham is clearly somehow a derivative of Brahma or Brahmin or some such closely related Sanskrit appellation or group designation.  It has recently occurred to me that the “A” at the beginning of the name of the patriarch of the three aforementioned might have significance ("A" as prefix in Sanskrit as often in English means "not-"), specifically that somehow the fellow was portraying an experiment in being “not-“ Brahma/Brahman/Brahmin . . .
As it is the contention of sanAtana dharma generally that with a view enlightened all is truly Atman/Brahman—i.e., that all that is not illusory is in truth Deva-Devi (God/Goddess), perhaps the three “Abrahamic” religions are an expression of pretending “as if . . .” said contention of Yoga is not valid, as Buddhism contends unabashedly by professing Abrahman (not unrelated to the Buddhist contentions regarding anatta or anatman).  Thus Judaism, Christianity and Islam are attempts to construct “what would God be if God is not what we (practitioners of sanAtana dharma which is root religion to nigh all major religions in the world from ancient European/Asian/American Indian/African, in other words at some point what nigh all our ancestors believed ) thought . . . “  And as it turns out those three religions all end up mirroring/expressing as eminational  expression the religion said movement/migration to the west thought was left behind.  The contention of each of the three are thus rather like children endeavoring to define themselves as separate from parents, and discovering their likenesses or at the least using the terms and concepts of the parent religion and culture.
Posted by Jeffrey Charles Archer at 9:17 PM 1 comment: