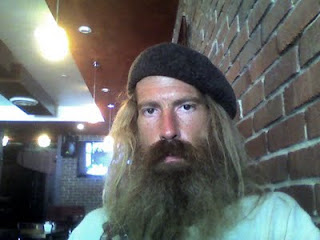 Hangin' out in NYC today, after Charleston's mosquito ﻿plague was too much, and the lila continues.  Rolled in last night, a brief layover in DC.  Ridin' the rails all gentile styles, tickets instead of hoppers or container cars still.  Wandered from Penn Station through West Village, though missed the right part and ended up all the way down by the WTC.  Sat and contemplated those events, weighing in words spoken to no one in particular the particulars of events transpired nigh ten years ago, balances of deaths and lives impacted.  Must state, I ain't no terrorist, though sometimes a subversive and not averse to destruction due, and have compassion for those who hurt for losses of loved ones and who suffer pains physical and psychic.  That much said, gotta note, two towers fell were emblematic to no small number, and not just those of Islamic disposition, of economic and cultural exploitation of much of the world for the sake of few.  Though I more than tend to believe t'was an inside job, regardless, and designed for further gains of those already benefiting from the economic arrangements fomented by those institutions emblemized by the WTC, if were not such an act of seeming intentioned self-sabotage, intrigues and espionage, smoke and mirrors and such treacheries, is a statement of the ill nature of the way world trade's been done, either way.
Whether scheming neo-cons or foreign nations felt their culture, economy and lifeways been unjustly overtaken, is telling emblem that the balance's has been off-kilter, wealthy nations using their power and wealth to gain more without regard to indigenous peoples' lifeways and functional traditional economies, cultural integrity and wellbeing generally, gone to a degree of injustice somethin' had to break on this side of the U.S. borders.  What of course makes it the more unfortunate is that this fall of tons of steel and concrete and glass, structures overtly upholding the status quo of neo-colonialist exploitaiton and policies of greed bringing undue and unnecessary suffering to literally billions of poor people, workers, and peasants in the so-called Third World, was then used to excuse further exploitations and violences, not to mention the erosion of those liberties and that justice made this nation great and worth defending in the first place.
Ain't sayin' nothin' ain't been said already, just noting contemplations I was pressed to make by being misguided past the coffeehouse search and to the site of a terrible occurance, an occasion nigh ten years ago that regardless of purport and intentions of its planners points to more terrible things indeed:  mothers told Coca Cola's good to feed their babies instead of milk or formula, farmers land usurped to raise Burger King beef, healthy families and cultures torn if not shreded by consumer desires and capitalist culture's means and modes, ghettos where once were villages, pavement or polluted wastelands where once grew fruit and locally raised food and forests, millions and millions living in disfunction and poverty who once lived well enough in community and in concert with the environment, "poor" but well nourished and integrous.
In light of such things, and insofar as not interconnected therewith, my personal malaise and twisted scenarios surrounding my own path seem slight--though hard to remember that when extreme pains being inflicted, mind assaulted and faculties of memory, motor function and volition been similarly colonized and exploited.  Anyhow, may it be that said injustices, both macro and micro, be mended, and without the need for further destructions, pollutions, and violently delivered "wake-up calls."
namaste
Posted by Jeffrey Charles Archer at 12:00 PM No comments: Links to this post 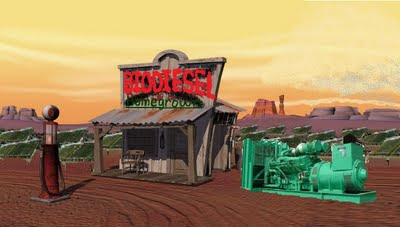 Posted by Jeffrey Charles Archer at 5:41 PM No comments: Links to this post

Let loose a little lately, found some sacred zakrazana otherwise known as mAlyapuSpa, plant sacrament to millions of nagababa and others of tantric yoga and other means devoted to Destroyer and Destroyerette. Met some local hippie kids at the Mellow Mushroom (yes, name of a regional chain restaurant/bar/pizza place in the Southeast, and yes the psychedelic theme's quite intentional) and shared smoke and drink on a dock on the Stono River, one of the ubiquitous flows round these luscious alluvial lowlands. Must note, I suppose, and express gratitude for the continued presence of said subcultural milieu did not at all disappear after the sixties and seventies. Tour kids and Rainbow Tribesfolk, especially, have always shown the sort of hospitality and kindness, friendliness and familiarity to indeed warrant the term "family." Couches and loaded bongs, good tunes and connectedness manifest beautifully through such characters, a perennial sort, a bit too wild to be kept locked in offices or classrooms or other normative and normalizing institutions (at least not all the time) and whose secret signs or handshakes are well known peace signs, tie dies, herbs (not just Cannabis, mind you) and organics, drum circles and often particular musical tastes include long jams or riddim', psychedelics and such things.

I am given to wonder what precisely happened to get rid of the malaria hereabouts, as I recall from a class covering colonial U.S. history even s'far north as D.C. were once malarial swamps. Not complaining, mind you, just curious, as they's still plenty o' swampland hereabouts, yet purportedly no malaria. I bet before expansive pavement, canoes were the best way to see and wander about these lowlands, despite the malaria . . .

Sitting at my seeming post here, corner of the courtyard at Kudu Coffeehouse, fountain to the fore and an ivy wall gots my back covered. Seems somehow "sultry" is the keyword, descriptive if not an imperative. Some breeze blows, time to time, sometimes comin' in off the ocean cool, or accompanying thunderstorms roll in. Haze and lazy days, summertime and the livin' is easy, that sorta thing . . . though still gotta wonder of certain anomalies, despite a seeming ease in the vibratory manifestation of sense experience, a more mellow flow fo' su're. 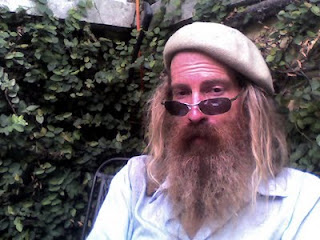 Perhaps of note, smokin' grass in a state where not medicalized, clinicalized and commodified in a taxable state:  seems more like the buzz I first knew when becoming (re-)acquainted with said sacramental smoke, more like than the highs in Colorado and California now that those states enacted medical use laws. Please don't mistake, don't want Cannabis to be "criminal" by their statutes, nor kept from people needs specific cures said certain medicine doth provide.  Just sayin' by being somehow incorporated into the sphere of legislative as well as already general social acceptability (with certain caveats), the weed thereabouts, though often higher in THC, has perhaps lost some of its potency and urgency as no longer upholding the status of a significant separate economy.   I'm sayin' that part of the point of puffin' down and the kind-trade is indeed to maintain the largest cash crop economy in the country as something separate from government legitimacy and official sanction, and as common means of exchange sits squarely outside the authority da' man, see?! Think of perhaps as an unacknowledged part of this nation's system of checks and balances, a potent "third party" already in power to a significant degree (though no substitute for what could be were Green Party in the Presidency and majority in Senate and House).  The autonomized economy of not quite legal marijuana serves to solidify a significant arrayal of groups and peoples who question the status quo of law and order and oft as not dislike the war machine, have a distaste for economic hording, and almost by consensus despise arbitrary and unnecessary rule of federal authorities and wrongful restraints on just and good and due liberty.

Indeed, as I sit in this Old South city, soaking in the sultry (not disagreeably, despite my preference for high country summertime) and contemplating how Cannabis has proven a much better way to be a rebel in the modern day than to identify with past wrongfully reasoned secessions, South versus North and such less than healthy anachronisms.  Indeed, to maintain resistance to the official seems quite necessary still when our Obama hopes fall rather flat, and war goes on despite what we told them in the early part da' hippie era when their war was Vietnam, and been repeated over and over again with intermittent volume before and since.

namaste from the Old South, Charleston, South Carolina !!!!
Posted by Jeffrey Charles Archer at 11:16 AM No comments: Links to this post