So I was drawn to an article that touted Chinese bone script had been found in petroglyphs in North America, and I immediately considered that there might likewise be Indus Valley script to be found among the many paintings and etchings rendered by Native American Indians.  I had been sometimes seeking Devanagari script among the many figures and forms artistically inscribed upon so many caves and cliffs and random rock outcroppings in the Americas, which would make little sense as said script is sacred in the traditions of sanAtana dharma and was only used in a priestly religious context, as likewise the intoning of Sanskrit mantras was reserved for the brahmin (priestly) caste.  The kshatriya caste, and others, would have used a different script in their records and communiques, and the obvious candidate to seek to indicate an Indian colonial presence in the Americas is Indus script, recorded from the finds at Harappa and other sites in the Indus Valley and dating from around 4,000 years ago to over 6,000 years ago (or much older).

The Vishnu Purana tells that Vishnu as Vamana (dwarf or kid Avatar) asked King Bali to cede his lands in Asia, Africa and Europe to Indra (also known as Zeus, Jupiter and Thor, etc.), and to move his kingdom to Patala, the "Underworld."  The Egyptians also knew the Americas as "the Underworld" or "the West," and as indicated by the discovery of "the cocaine mummies" whose bodies showed traces of both tobacco and cocaine, substances not known to be grow either naturally nor by cultivation in northern Africa and purportedly only known to the Americas previous to European colonization, indicating overseas trade between Egypt and "the Underworld/the West."

Inca temple Saksaywaman corresponds rather obviously to the Sanskrit "sakshat vaman," which translates to "in the presence of Vaman," the Avatar of Vishnu who asked King Mahabali to move to Patala/ "America."  "Saksay or Saqsay is a Quechua word meaning, `to be full’, and Waman is the Hawk (or person travelling on Hawk)."(https://www.booksfact.com/religions/machu-picchu-saksaywaman-vamana-temples-cusco-peru.html).  Vishnu's vehicle is Garuda, an eagle/raptor, quite clearly indicating that Saksaywaman is a Vishnu Temple.

I've noted the above to introduce the purport of this treatise, which is that much of the script inscribed as petroglyphs in North America is of a nigh universal script that was most succinctly recorded in the Indus Valley and has become known as the undecipherable Indus script.  My contention is that colonists from Indus Valley civilization came to the Americas on multiple occasions over the past several thousand years (as did people from many civilizations), and the traces of this can be found in petroglyphs bearing clear similarity to Indus script, as in the many cognates and nigh cognates between Native American Indian languages and Sanskrit, and via other clues that tell that Native American Indians were indeed to some degree the progeny of colonists from Asia and the same civilization that has become known as "Indus Valley Civilization."

It has been noted by some theorists that the script found on Easter Island, Rongorongo, shares many symbols with Indus script, indicating that peoples connected to Indus civilization made it at least so far as half-way to Patala/the Americas.  If indeed King Bali's people crossed the Pacific, and were using Indus script as their means of written communication, then such should indeed be found among the many petroglyphs of the Americas.  The following are a number of the most obvious or likely matches among the North American petroglyphs I found depicted across the internet.  It is my assumption that there was in fact a globally recognized script used on every continent (if not yet discovered in Antarctica), and that at least some portion of these symbols were universally recognized.  Among the more significant portion of the influence in regard to American petroglyph script was due to colonists from Asia connected to Indus Civilization.  Certainly runes and not unlikely early Chinese script, as well as other symbols from explorers, colonists and merchants from around the world over milennia are to be found amongst the variegated inscriptions and cave paintings of the ancient Americas.  I would argue that a primary source of the script used in at least Native American Indian petroglyphs and rock art is directly derived from the Indus script, as the result of multiple waves of colonization across the ocean from Indus Civilization and related peoples.

Unless otherwise indicated, the Indus script is represented by the black and white print figures. 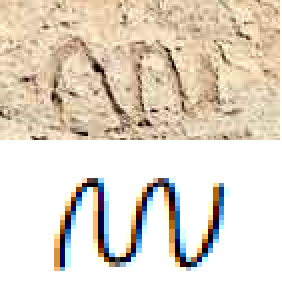 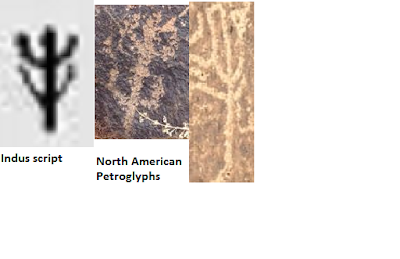 Indus script the two figures to the left. 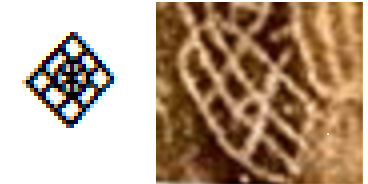 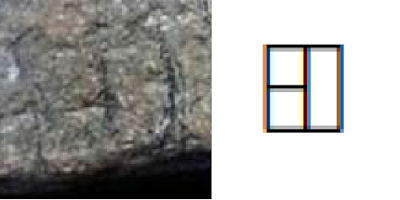 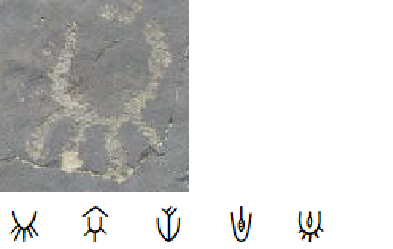 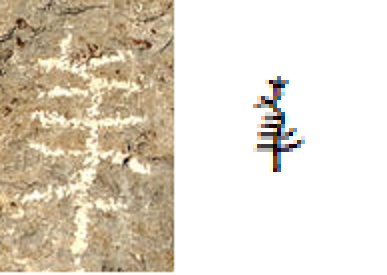 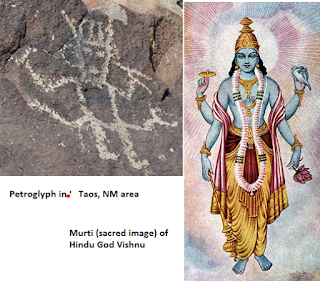 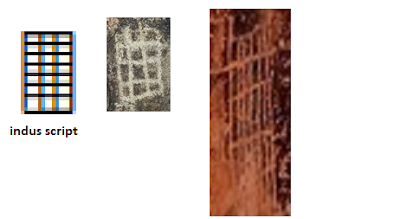 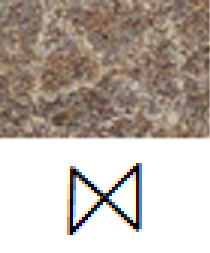 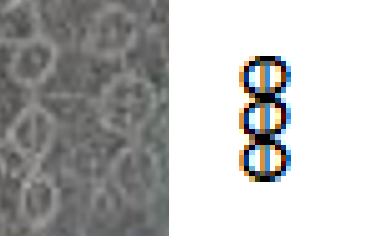 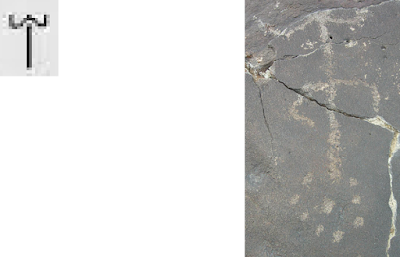 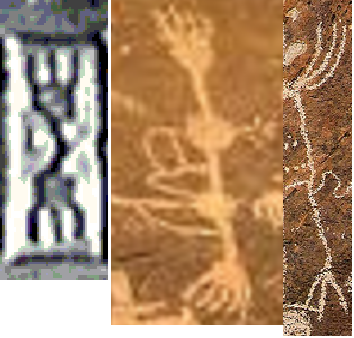 Indus seal figure to the left. 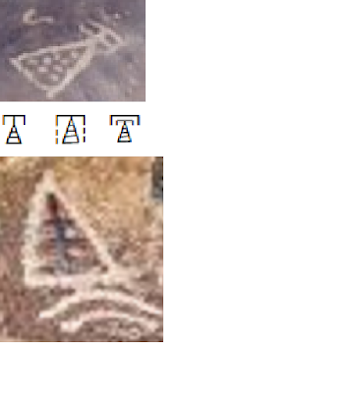 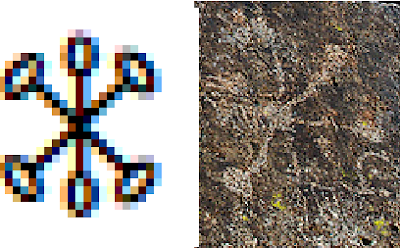 Indus script symbol to the left of petroglyphs. 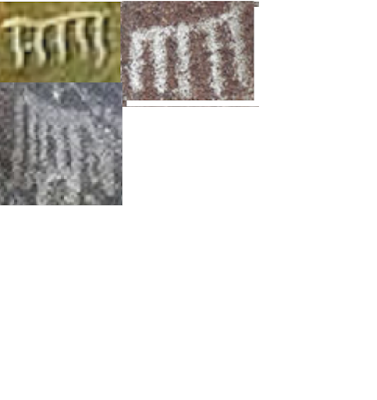 Indus seal script above to the left. 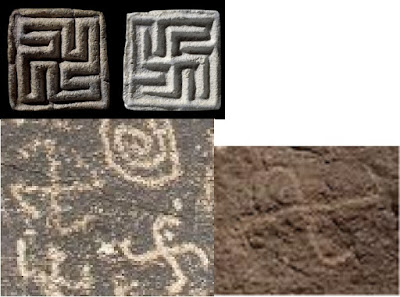 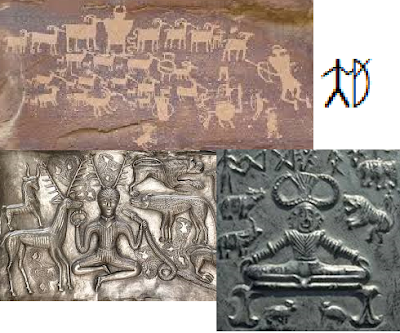 The above shows (clockwise from bottom right:  Pasupati, Protector of Animals and Souls, on Indus Valley Seal; the Gundestrup Cauldron found in Denmark; Native American Indian petroglyph in the Western United States, and Indus Valley symbol depicting an archer. 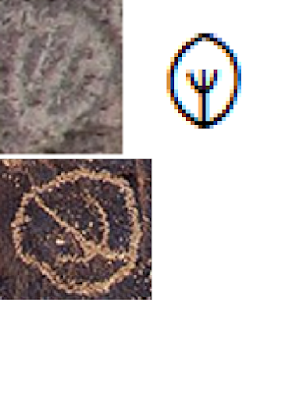 Above is Kartikeya upon His Vehicle, a peacock, and to right a similar petroglyph in North America.  Read more about the journey of Kartikeya as He was racing His Brother Ganesha around the world, and the traces Kartikeya left in His wake across Africa, Europe, the Americas and Polynesia:

...and yet more indications that Native American Indians were (to some degree) descendants of colonists from India:

Maybe Columbus Found India After All . . .

Draw your own conclusions from the above correlations, and check back as more Indus script and American petroglyph matches are on the way . . .
 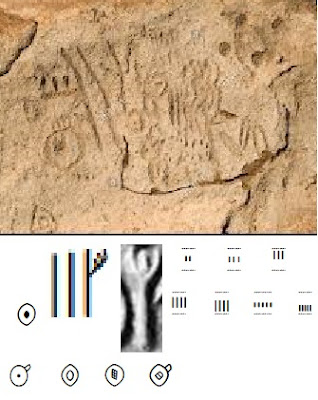 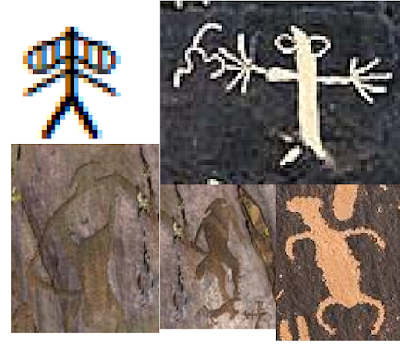 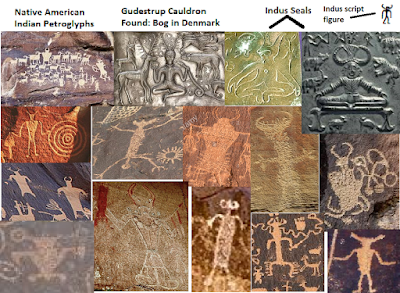 The Horned God Depicted in numerous North American Petroglyphs, on the Gundestrup Cauldron found in Denmark, and on the Pasupati Indus Valley Seal. 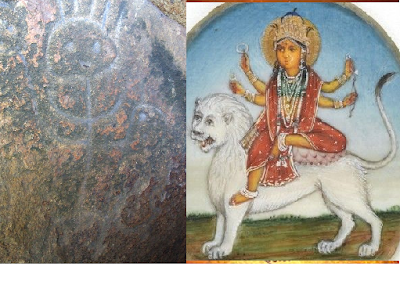 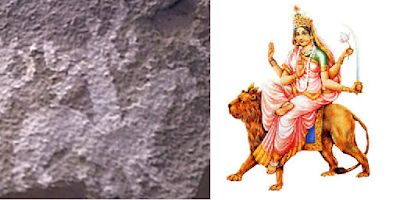 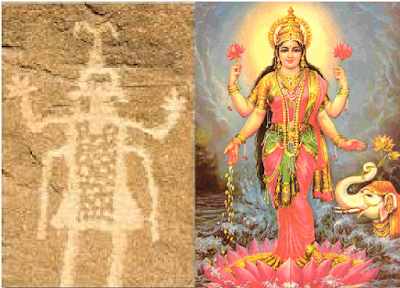 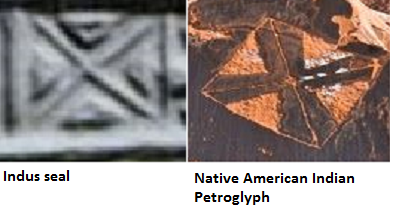 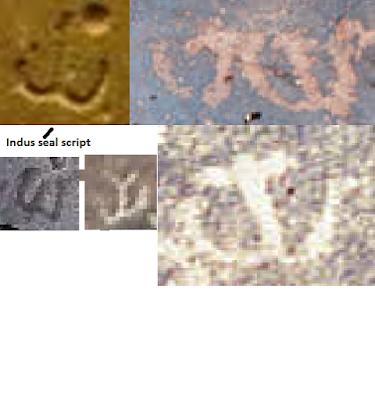