Storylines roll through mind with faces and figures and figurations intertwined, storylines told me either by sage or muse or memory of ancient knowledges or dreams I dreamt sometime in years past or last night, prescient peices of a puzzle, plot, Grand narrative seems to involve nigh each of you and many others, too, I've known or heard or read about.

This is the substance of the saying "As above, so below; as below, so above," as I suppose I receive it. We are the Divine at play, lila. As I imagine, this is each in due time becoming the fullness of their given form, personality and person, each a vessel and expression in some guise or other of Divine Self. We are the Gods at play, and the more succinct a person's understanding of their self and role, the more close to home, to transcendent potential.

Not unlike "Find your bliss," if I understand Campbell's meaning right. Find and become your Superhero self. This is karma-yoga, and bhakti-yoga too. Becoming in actions small and large, life lived, as One with that expression of the Divine, God or Goddess, Deva-Devi, your given form matches best. Be Divine and Be Blessed. Namaste
Posted by Jeffrey Charles Archer at 10:31 PM 1 comment:

Chillin' With Da' Chillum in the Garden in the Mornin' 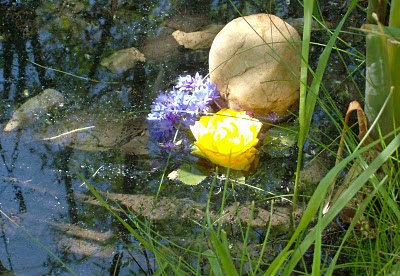 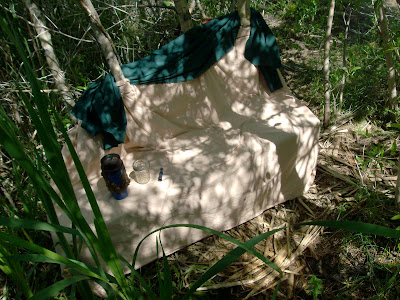 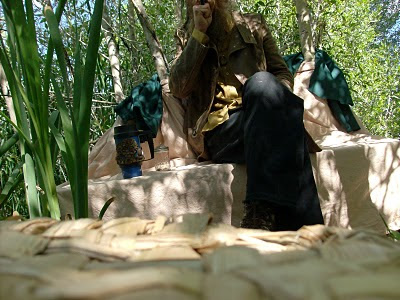 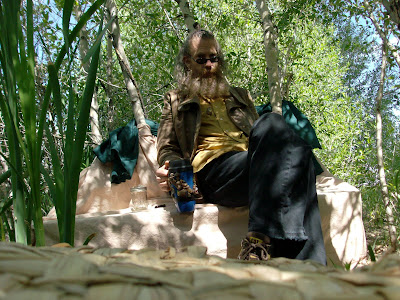 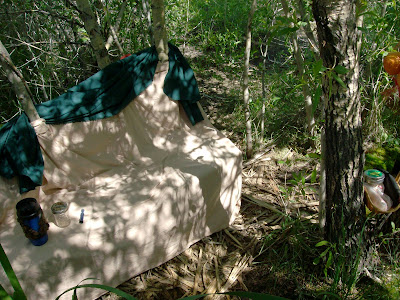 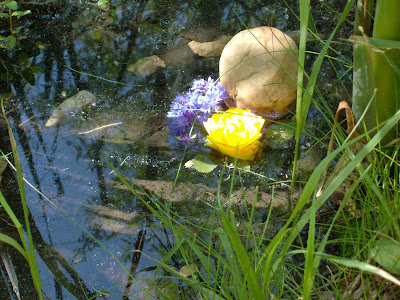 Posted by Jeffrey Charles Archer at 12:57 PM No comments: 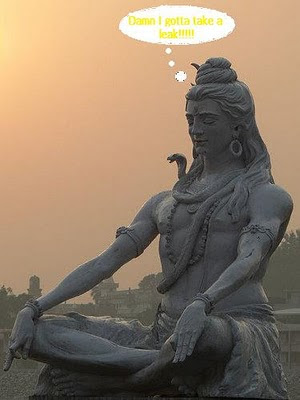 Sivambu, "nectar of Siva," elixor tauted to do miracles for a body, cure cancer, prolong life greatly, according to some sutras or shastra or Kalpa section of the Damara Tantra or somethin' and to Western scientific research, too. 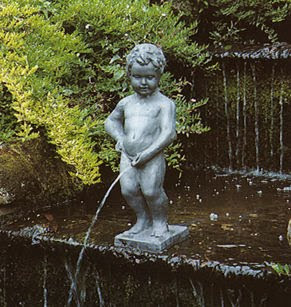 I have been practicing this rather odd seeming self-generated tonic off and on for a number of years, and have been daily drinking of the morning draining of the previous day's coffee with cream and water and occasionally beer or shot of whiskey in my morning cup of back brew, mixed in for good measure. Usually drink a few tablespoons at most, though can speak well of the apparent results, a certain lift to vitality and general feelings of health and well being.

According to the sutra which describes the proper process and diet for this ancient cure, a particular diet is proscribed, I ought to caution, and an analogy says to drink only the midstream, for like a serpent both the head and the tail are toxic (not sure why the tail of a serpent's considered poison, unless 'cuz of the butt). I must admit, though following the latter advise well, I'm rather poor at following the strictures of the dietary suggestions. Nonetheless, I must say just a sip of the first piss of the day does make a body feel good.
In India, a land at least commensurate in my endearments to this land in which I abide, cow pee is consumed, sometimes now in soda pop form with flavors like gooseberry and aloe (true). I think I'll stick to my own lingam juice for now, thanks. 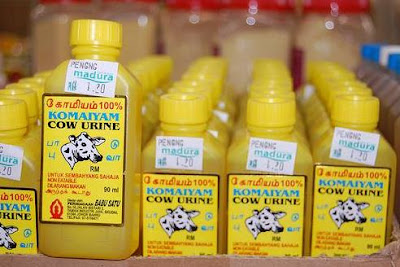 Minerals and vitamins not utilized the first time through and normally lost in the urine stream are retrieved and recycled thus, and shed, dead bacterial and viral shells go to the stomach where the abundance of antibody receptors then multiply to attack whatever's ailin' ya' (the stomach lining has the most antibody receptors of any organ in the body). Uric acid is good for ya' too, but forgot how, and feeling disinclined to do the research, except to say it smooths skin and at least reduces acne if applied, say, in the shower or whatever.

So indeed, pissin' it away ain't all a waste, if you sip the sometimes bitter brew of the midstream of your first morning pee stream. Hee hee !!!
Posted by Jeffrey Charles Archer at 4:12 PM No comments: